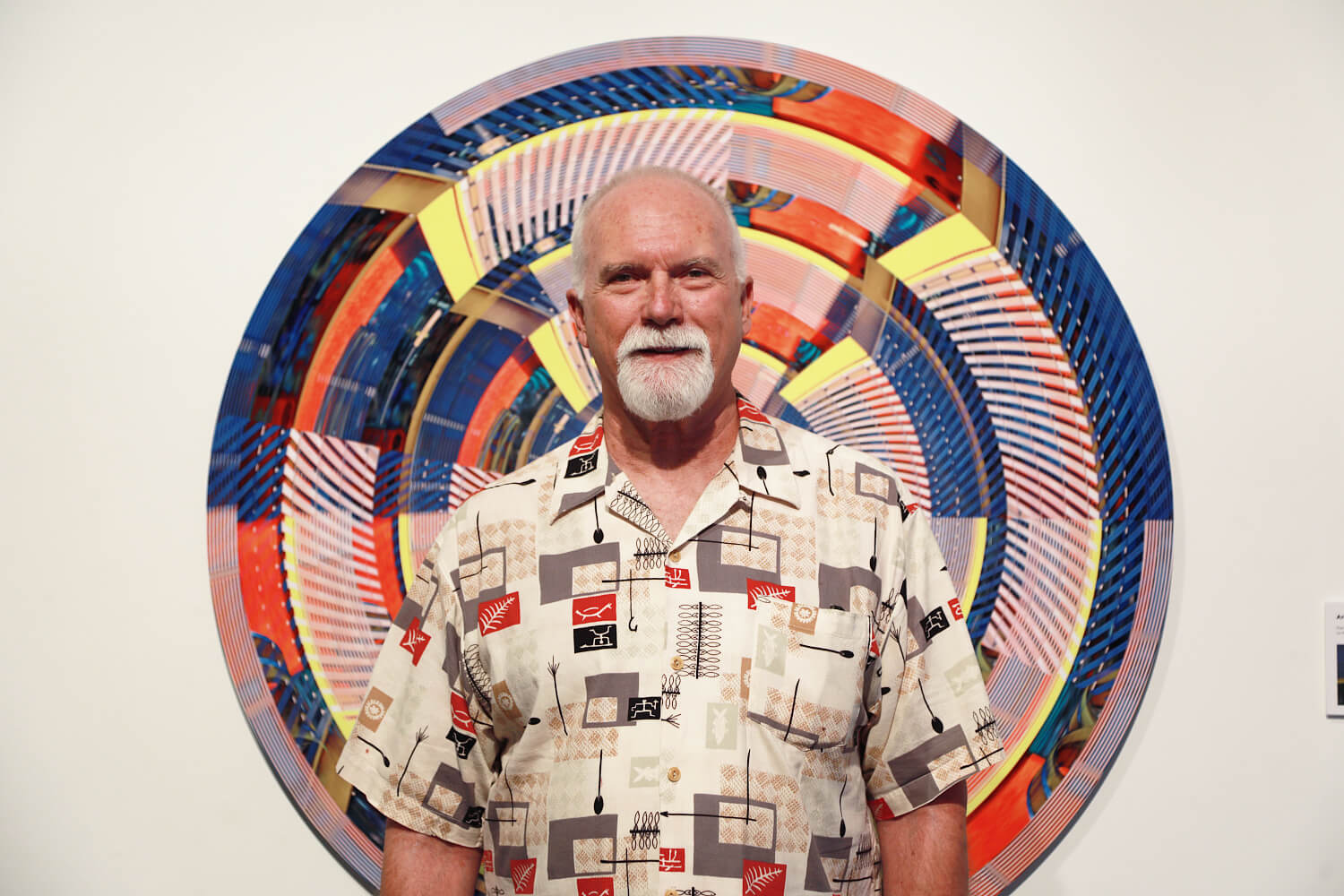 James Stanford is an American photographer, painter, drawer, digital illustrator, and small press publisher based out of a rather unlikely location: Las Vegas, Nevada. In addition to bringing fine arts to a hometown more often known for its lowbrow entertainment, Mr. Stanford has had an equally surprising career. Formally educated with an MFA in painting, Stanford has found himself engaged in all sorts of creative endeavors including his most recent work “Shimmering Zen” project, which utilizes layering and lenticular printing to create gorgeous, eye-popping mosaics out of derelict Las Vegas signs, a process described by the HuffPost as “not an endeavour anyone else has particularly mastered.”