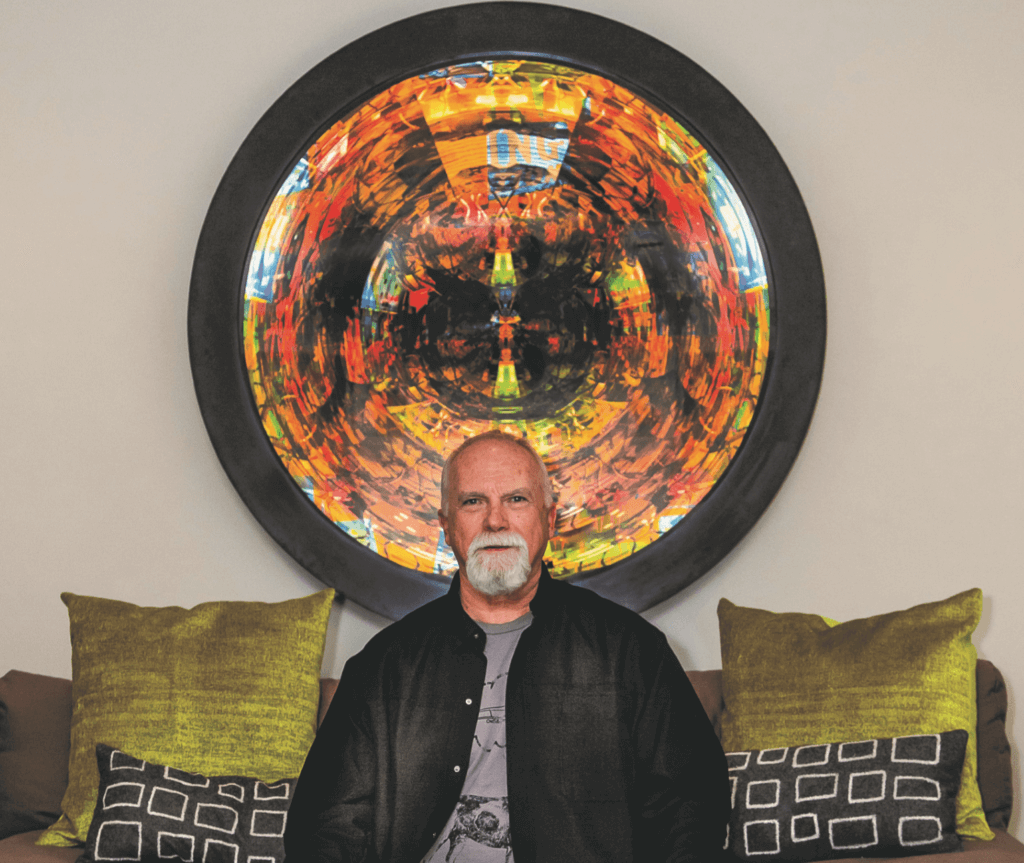 Website or site we can go to see your work:  JamesStanfordArt.com and ShimmeringZen.com

Standout Quote: “I can’t remember when I was unaware of the magic and power of art.”

A lifelong explorer of the visual arts, James Stanford has a storied history that has spanned more than five decades in the Las Vegas art scene. Educator, business man, activist, creative innovator and early adopter of the technological marriage that exists between traditional, straightforward modalities and the new world of computer manipulation, Stanford’s artwork uses stunning imagery to create movement and provocative visuals that challenge the eye. His latest project, a book and travelling photomontage exhibition entitled Shimmering Zen, draws inspiration from saved imagery from the iconic structures and signage of his Vegas youth. A kaleidoscope of visual excitement and spiritual reflection, Shimmering Zen pays homage to a life inspired by beauty, the beast, and a few things in between.

Born and raised in Vegas, you got your Bachelor of Fine Arts in painting at UNLV, yet most of what you do now is digital. How did this come about?

I graduated with a BFA in painting in the first graduating class in the newly formed BFA program at UNLV, then was accepted into the Masters of Fine Arts Painting Program at the University of Washington. After graduating from Washington, I came back home to Las Vegas. I wound up taking a job as a black jack dealer to try and pay off some college debts. It was probably the best thing that could have happened to me. It was an opportunity for me to learn more about life. I started teaching drawing at UNLV, became a technical illustrator, then, in 1986, formed my own graphics studio. It was through this transition that I discovered digital art. I started the first graphics studio in Las Vegas to make the transformation from traditional skills to Macintosh computers. By 1987 we had abandoned chemical typesetting and copy cameras and had entered the world of Photoshop and Illustrator.